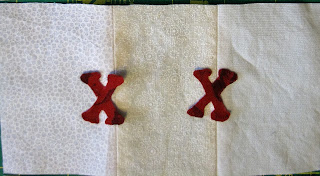 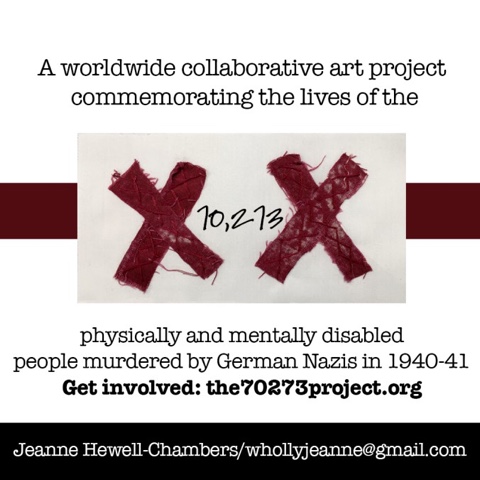 Here is a quote from Jeanne's blog, she describes this best and I don't want to do a disservice to such an amazing project.
"Between January 1940 and August 1941 (before the Holocaust began), 70,273 physically and mentally disabled people – men, women, teens, boys, and girls – were murdered by the Nazis. Though they never even laid eyes on the disabled person they were evaluating, the Nazi doctors read the medical files and, if from the words on the page, the person was deemed “unfit” or an “economic burden on society”, the doctor placed a red X at the bottom of the form. Three doctors were to read each medical file, and when two of them made a red X on the page, the disabled person’s fate was sealed. Most were murdered within 1-2 hours." 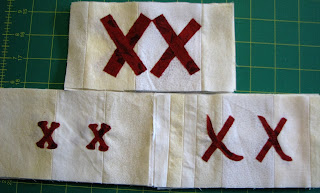 Many years ago, when I first graduated from college I taught children with disabilities.  The children I taught were as young as 2, all were preschool age.  Jeanne has three sizes of squares you can contribute.  I chose the smallest, 3.5" X 6.5" to represent my students. I pieced the background to show that these students had many people supporting their journey. 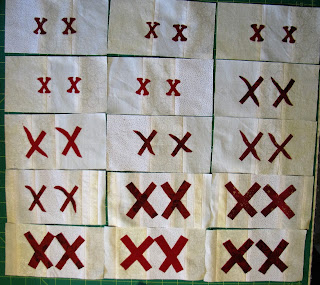 It breaks my heart to imagine what those families of children with disabilities went through at that time.  I had never heard about this tragedy from WWII before learning about this project.  The number is truly staggering.  Jeanne is trying to create a series of quilts which will have 70,273 blocks when complete.

There are many ways you can help with this project, from donating, blocks or money, to helping find display venues.  Please head over to this wonderful project and see if something there speaks to you.

Have a creative day
Janet

Very interesting way to commemorate these people.
Thanks for the education! Pinned for others to see also!

I heard of this before but not this detail. So sad.

Janet, my tardiness does not diminish my gratitude for your participation in The 70273 Project and for writing this post. I'm very glad our paths have crossed.